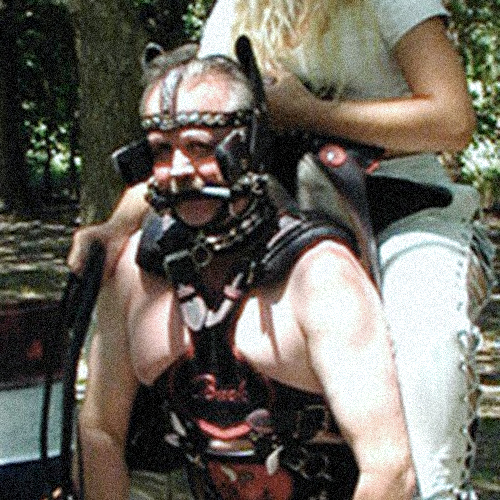 Buck has been a pony player since 1982 when his Mistress at that time had called him a pony. Because of his need to impress her, he started out making leather gear. He was inspired by Danny the Wonder Pony at the NYC fetish clubs and started making saddles for humans. As he started to play with other Mistresses and tailoring to their wishes the saddle became an important part of who Buck was when doing demos or just showing off. In advertising his gear and with the help of a lot of friends, he was featured in Equus Eroticus magazine with photos and stories as well in in several videos and on HBO’s Real Sex in 2001. For years he has inspired ponies and taught classes and safety tips on his version of pony play.