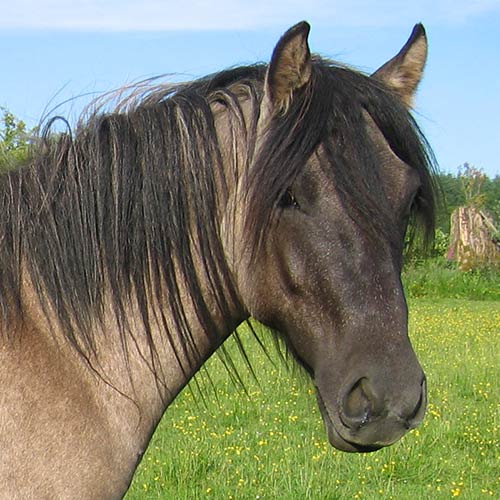 Piper Pony is a dun colored Highland pony with a dark mane and tail. As a pony, she is owned and trained by Dana, her master of nearly 20 years. Together, they have been awarded numerous ribbons since winning “Best in Show” at the first Erotic Thoroughbreds and BR ‘99.  Dana and Piper have been featured on HBO’s Real Sex and in the fetish book, Deviant Desires.  Piper’s tack (mostly the work of the fabulous Buck at Water-hole leather) and artwork have been exhibited at The Museum of Sex in New York in a show for Deviant Desires. Piper has off and on been on pony staff and a presenter at Camp Crucible, The Floating World, and Brimstone. She is best known for her very loud and happy whinny.